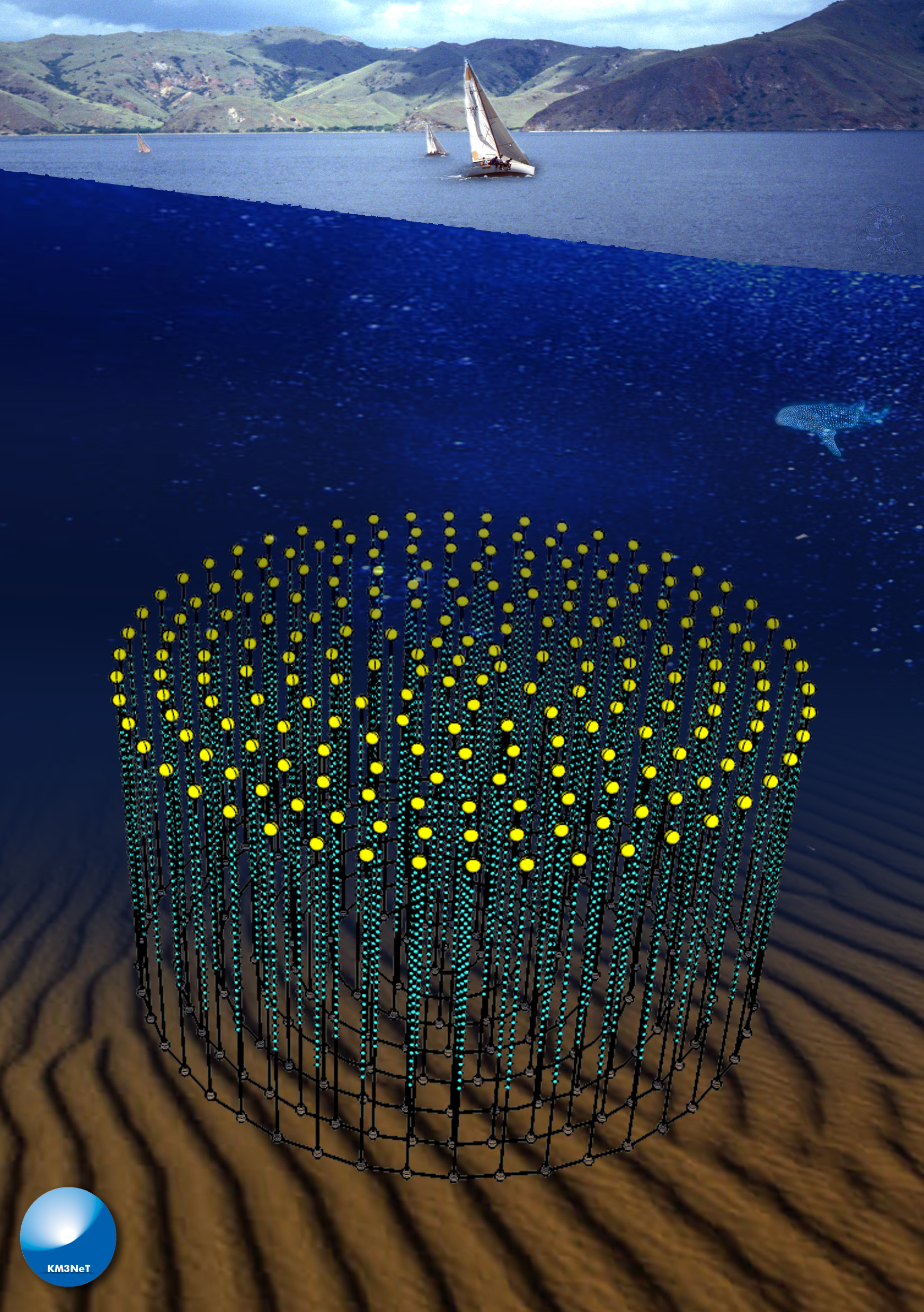 The methods of observing the Universe evolved from looking by eye to the use of sophisticated telescopes. As the time passed, we learned that photons are not the only messengers that we can use: gravitational waves and neutrinos start to be a new way to explore the Universe and improve the knowledge in particle and general physics itself.

KM3NeT is a research infrastructure housing the next generation neutrino telescopes www.km3net.org. Located in two sites of the Mediterranean, ARCA at 3500m depth in front of Sicily and ORCA at 2500 m depth in front of Toulon, KM3NeT will open a new window on our Universe, but will also contribute to the research of the properties of the elusive neutrino particles.

Arrays of thousands of optical sensors will detect the faint light in the deep sea from charged particles originating from interaction of neutrinos in the Earth. The facility will also house instrumentation for Earth and Sea sciences for long-term and on-line monitoring of the deep-sea environment and the sea bottom at depth of several kilometres.

The Genova group in KM3NeT is deeply involved in the management of the collaboration and actively participates and leads different sensitivity studies of the ARCA and ORCA detectors using computer simulations. The group also participates to the construction of the detector integrating the KM3NeT detector lines and performing the acceptance tests before deployment in the sea. The group is also strongly involved in the operation and data taking and analysis of the ANTARES neutrino telescope (antares.in2p3.fr) which is the first undersea neutrino telescope running near Toulon for more than 10 years.