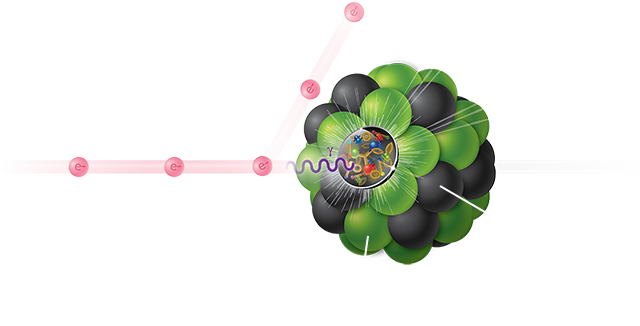 The computers and smartphones we use every day depend on what we learned about the atom in the last century. All information technology—and much of our economy today—relies on understanding the electromagnetic force between the atomic nucleus and the electrons that orbit it. The science of that force is well understood but we still know little about the microcosm within the protons and neutrons that make up the atomic nucleus. That’s why physicists want to build a new machine—an Electron-Ion Collider, or EIC—to look inside the nucleus and its protons and neutrons.

The EIC would be a particle accelerator that collides electrons with protons and nuclei to produce snapshots of those particles’ internal structure—like a CT scanner for atoms. The electron beam would reveal the arrangement of the quarks and gluons that make up the protons and neutrons of nuclei. The force that holds quarks together, carried by the gluons, is the strongest force in Nature. An EIC would allow us to study this “strong nuclear force” and the role of gluons in the matter within and all around us.