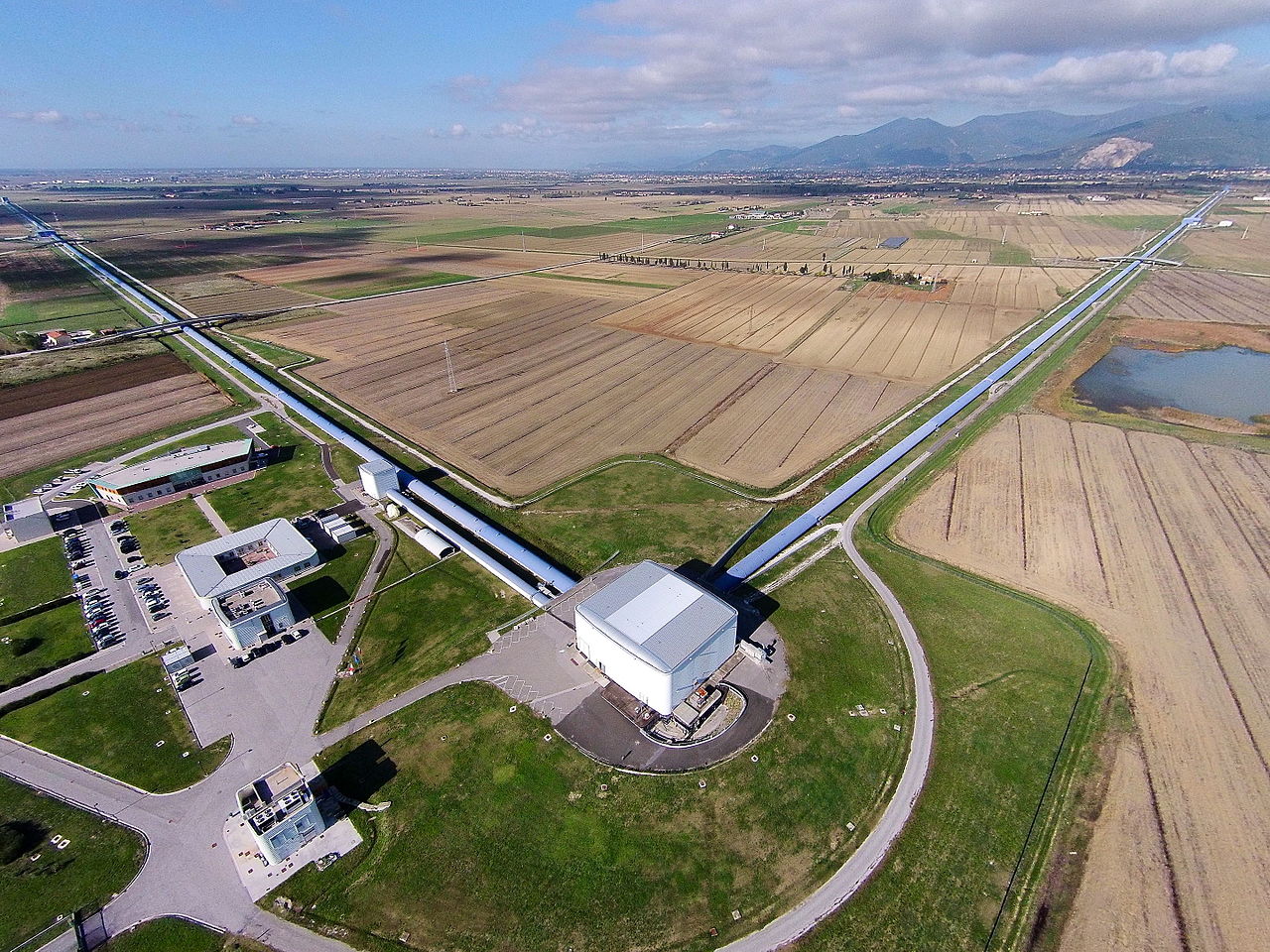 To better understand the Universe and its evolution it is necessary to interpret all the messages coming from distant space. Einstein’s theory of general relativity predicts the existence of gravitational waves, similar to the ripples on the surface of a pond after the launch of a stone, which spread in space at the speed of light. The observation of gravitational waves provides crucial and complementary information to the observation of electromagnetic waves (light, radio waves, X-rays and gamma) and of elementary particles (cosmic rays, neutrinos) of astrophysical origin.

Virgo (http://public.virgo-gw.eu) is a Michelson laser interferometer with two 3km arms at right angles, located near Cascina (Pisa). The passage of the gravitational wave causes a very small variation in the length of the arms of the interferometer, which produces a very small displacement between the beams of light, that travel inside the instrument, proportional to the amplitude of the gravitational wave.

In September 2015, Virgo participated in the first direct observation of a gravitational wave coming from the merger of two black holes (https://losc.ligo.org/events/GW150914) and, in August 2017, in the first observation of the gravitational wave emitted in the collision of two neutron stars (https://losc.ligo.org/events/GW170817) that marked the birth of multi-messenger astronomy.

The Genoa group has a leadership role in the Virgo experiment, is currently involved in the development and operation of various components of the detector and participates in the project for the construction of a third generation gravitational wave detector, the Einstein Telescope (http://home.infn.it/it/approfondimenti/esperimenti/1377-et).

The Virgo experiment is co-funded by the National Institute of Nuclear Physics (INFN, http://home.infn.it/) and is located at the European Gravitational Observatory (EGO, http://www.ego-gw.it/) in Cascina (PI).